What’s the Difference Between Baking and Roasting?

There’s (kind of) a difference (except when there isn’t)! 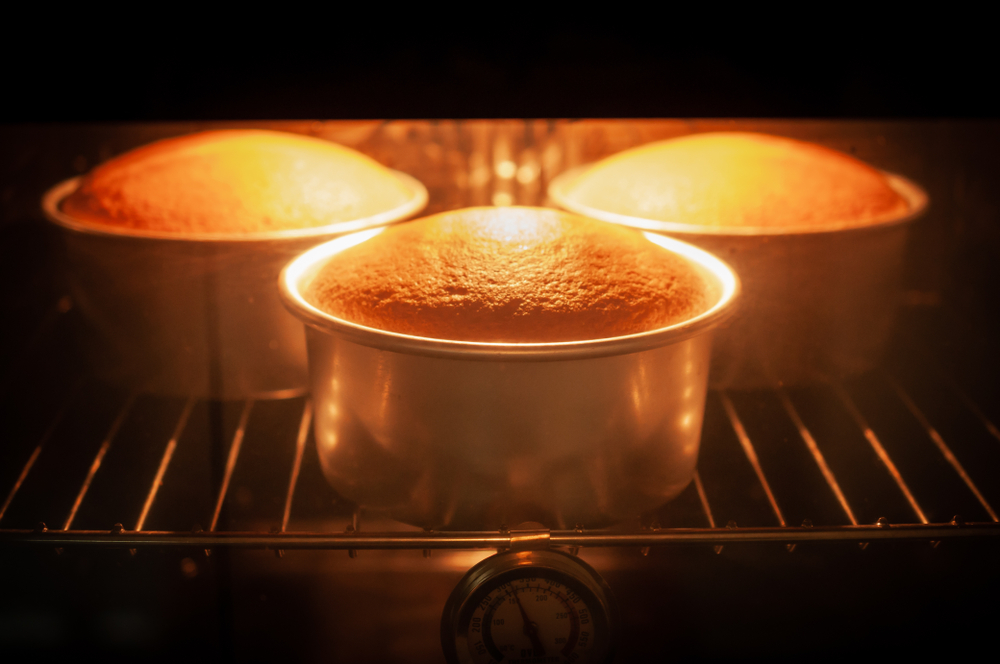 But you could be forgiven for assuming that “roast” and “bake” are completely synonymous; after all, both are, in today’s kitchens, performed in a hot oven, and there are some foods (potatoes!) which can be both roasted and baked. There is, though, a difference. Sort of. Sometimes. Language is messy.

Let’s start from the beginning. The word “bake” dates back to the Proto-Germanic word bakan, which the Online Etymology Dictionary says comes from the root bhe, meaning “to warm.” “Roast,” on the other hand, comes from the word rosten, spelled in a few different ways depending on the location (in Frankish, it was hraustjan) and era, which has a more specific meaning: to cook on a grate, over an open fire, more like grilling. According to Merriam-Webster, “roast” is a more recent addition to the English language, arriving in the 1200s, just after the Norman Invasion of England. The Norman Invasion ended up Frenchifying English pretty substantially; huge numbers of words that we think of as English were either French-influenced or simply taken from the French during this period. And the Old French word for cooking over an open fire was rostir.

Both these words refer to what’s called “dry heat” cooking, meaning there’s no water involved as there would be for foods that are boiled or steamed. Prior to the invention of gas stoves, dry heat cooking was basically limited to open fires at home, putting pots directly in or hung over a fireplace. Ovens were communal; they were large and expensive and people tended to take turns using them to cook foods that couldn’t be done at home, like bread. So until gas stoves took off, in the late 19th and early 20th centuries, there was a pretty major division between roasting (done at home) and baking (done in communal or commercial ovens).

Once gas stoves became common, though, the difference between these words started to fade. After all, home cooks were now using the same appliance, in the same way, to cook baked breads, roasted meats and more. What was the difference, really?

Today, there are really only loose and frankly inconsistent definitions. Some claim that the temperature involved is part of that definition; a cake bakes at a lower temperature than a hunk of beef roasts. On the other hand, many breads require a blast of super-high heat and no native English speaker would refer to a roasted loaf of bread.

One rule that is often, but not always, followed has to do with the initial type of food. A food that does not have a set shape is baked to give it a set shape, as with cake batter turning into cake. Roasting, on the other hand, involves a food that already has a set shape (such as a chicken) simply being cooked. But this definition has issues, too: you would roast a whole chicken, but you can certainly bake a chicken breast. And potatoes are even more confusing: you can both roast and bake a potato, but a roast potato aims for crispiness, while a baked potato aims for softness. Potatoes are not at all helpful in this definition.

One rule that has fewer exceptions is the cover rule. A baked food can be covered or not covered, but a roasted food is not covered. Take this recipe for “roast leg of lamb,” which calls for covering with foil before, yep, baking. It might be a roast, but in order to cook it, you’ll have to bake it. Then there’s the curious case of the pot roast, which is actually neither baked nor roasted; it is a stew and thus braised in wet heat.

Roast still has connotations with open flame, though those have often been replaced by “grill.” If you’re camping and cooking some hot dogs or marshmallows, you might refer to that as roasting; it would never be referred to as baking. Baking often involves an enclosure in some way, whether that’s a pot with a lid or a gas oven; roasting can be done in an oven, but can also involve open flame.

Baking versus roasting is one of those linguistic challenges that anyone learning English encounters. They are different words, not really interchangeable but also certainly not with clear definitions. You just sort of have to learn when each word is typically used. Otherwise, you’ll end up with roasted cookies.

I was raised in the UK, and taught that roasting involves some oil or fat. Either added (in the case of potatoes) or oozing out of the item (in the case of meat). Baking is done in an oven, yes, but never involves the item sitting in a dish with oil or melted fat. I like this distinction and will keep to it. In this categorization, marshmallows are toasted. Hot dogs I don’t know, I think “cooked over the fire” might be what we said.

Prior to gas stoves, many homes had wood stoves, like my mom cooked on for years. These had ovens which were great for baking and roasting.